The Queen's Gambit on Netflix (source)

If you’ve been keeping up with pop-culture lately then you’ve surely been hearing a lot about The Queen’s Gambit, Netflix’s new miniseries released in October. Don’t worry, I have yet to see it, so no spoilers. I recently abandoned the world for the woods to play GO, but have been itching to watch this show. With that aside what I know is that there is a highly rated new show on Netflix dealing with the game of chess, another strategic board game favorite of mine. What I also know through the grapevine is that this show has greatly renewed interest in the game of chess.

Every so often something in pop culture will reignite the public's passions in an old favorite fad. We never really know what we’re gonna get, whether it be chess, wearing hats, driving with your eyes closed, the 1980’s, or even reading books. This got me thinking, like so many in the GO, baduk, weiqi, and igo community...

We Need a Queen’s Gambit for GO!

But of course called something better. Like The Atari Safari, or Komi For the People. Either way, a GO drama is what we crave. GO, like chess, has a long and deeply rooted cultural history. And yet… too many people, especially in the West, under appreciate the lasting subtle joy of a well tempered game of GO. How do we get this message to the People? "Play GO!" 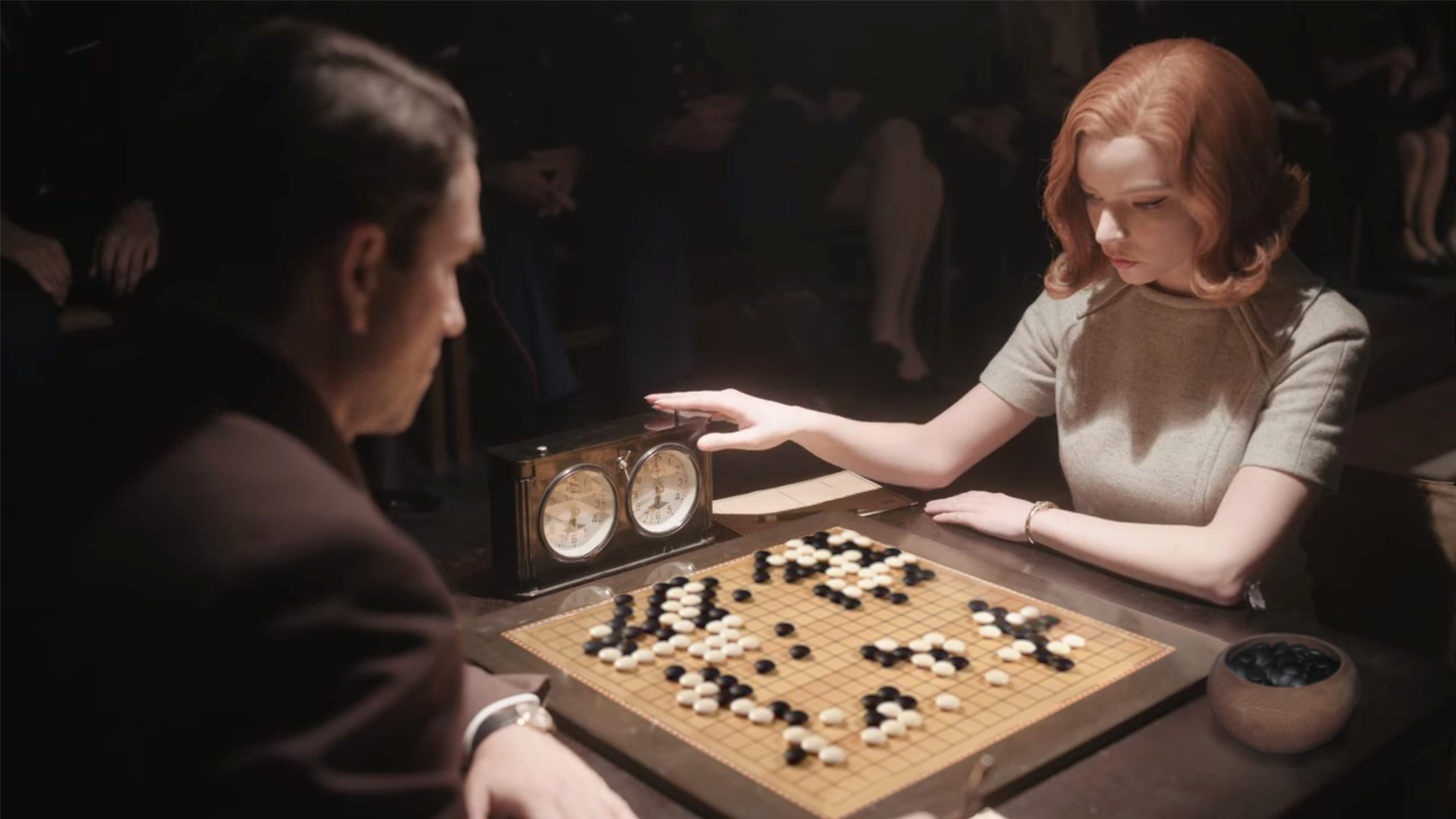 The Atari Safari, Netflix’s second season reboot… just kidding this is a photoshopped image off Reddit.

A while back I remember a popular Japanese cartoon came out about GO. Oh yeah, it was called Hikaru no GO (ヒカルの碁)! Originally a Manga, a Japanese graphic novel, Hikaru no GO eventually became a very popular kids cartoon television series about the ancient board game of GO.

During and after its short time on air the popularity of GO skyrocketed in Japan. Mostly among young people, but adults too, began a resurgence of interest in the ancient game. I saw recently that a Chinese live action adaptation, of the same name, has also been made; arguably as an attempt to draw even greater interest in GO.

The first time my attention was brought to GO through the magic picture arts was in the movie A Beautiful Mind, where the main protagonist lost miserably to a challenge of GO; loser does the winners laundry. Of course I hardly knew what I was perceiving at the time, it was still so fascinating to see the intricacy that grew out of such simple pieces/stones and moves (as the intention of the GO scene in A Beautiful Mind was to have the protagonists literally battle each other at mathematics). That was just one scene in one movie, and I really want a whole miniseries over GO drama! I can see the characters now, where GO allegorically parallels their real world clash for world dominance and personal life struggles. Just surround and conquer, simple as that.

Why not Surround and Conquer?

Though there are many GO shows from the East, we need a GO show for the Western audience! After all it is the West that is starved of GO. How else will Westerners be able to anticipate the geopolitical actions of China?? Joking aside, the contrast in mental sports that GO would bring to the Western conceptions of chess, as in “dividing and conquering,” will allow us to consider previously ignored strategies of life, as in “surrounding and conquering.” It is the missing Yin to our Yang. Why penetrate when you can envelop? ...or do both.

There are many GO show arguments swirling around (according to Discord) appealing for a GO version of The Queen’s Gambit. While I am mostly rambling here to myself over the anguish I'm feeling with this void in our lives, the appeal is quite sincere. Our culture has many things, not complaining, but we could really use some more GO. Most people I bump into, when driving with my eyes closed, have no idea what GO even is! I then have to explain to them that it is like chess, but it's nothing like chess. By the time they start listening the insurance adjuster usually shows up. 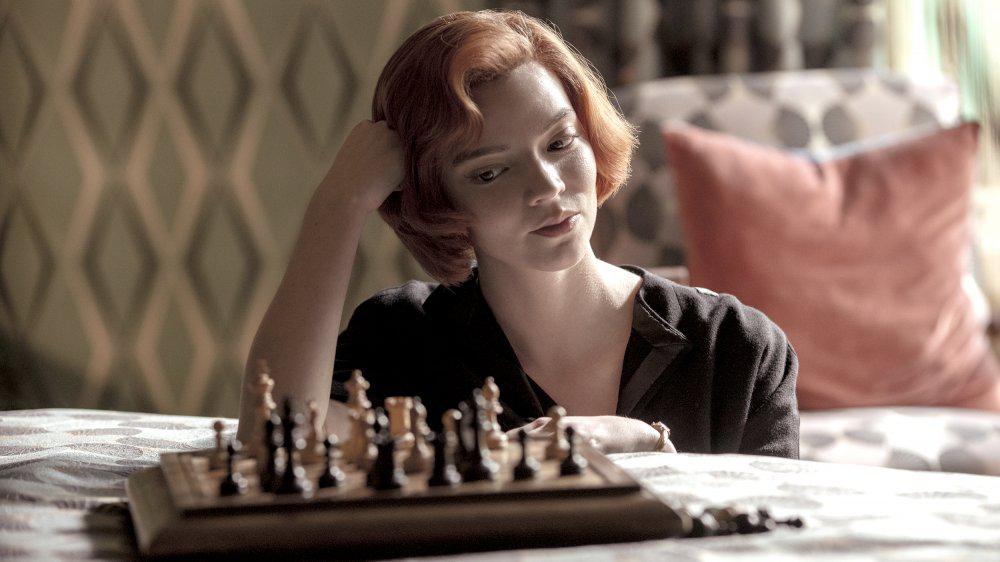 Another fascinating image from The Queen's Gambit on Netflix. (How I feel thinking about The Atari Safari.)

Ok, if you’re reading this speil, chances are you already appreciate GO. And you probably have seen The Queen's Gambit, and so you definitely already agree, we need The Atari Safari; ok ok, maybe not with that name, but you get the idea. Let’s encourage all our friends, after explaining the rules of GO to them, to write long letters to producers to get this stone rolling! In the meantime I’ll go watch The Queen's Gambit, and hopefully soon we’ll all be able to chess watch, I mean go watch, the next mental sport drama of our time about the ancient board game of GO.