The Legend of Ranka Mountain

Long ago in a far far away eastern land a humble board game thousands of years in the making took on myth and legend. This ancient board game is GO, or Weiqi in Chinese. Simple and true, GO has captured our imaginations. Through this auspicious intrigue we have discovered with our imaginations many stories to reflect our fascination with GO. One such ancient Chinese tale is The Legend of Ranka Mountain.

It is difficult to know exactly how old the myth is, but it's thought to be from around the 5th century CE (and was first recorded in ‘Shuyiji’ or Tales of the Strange written by Ren Fong of the Nan Dynasty). The story has taken on many iterations over the centuries but still holds true to its original essence. It GOes sorta like this: 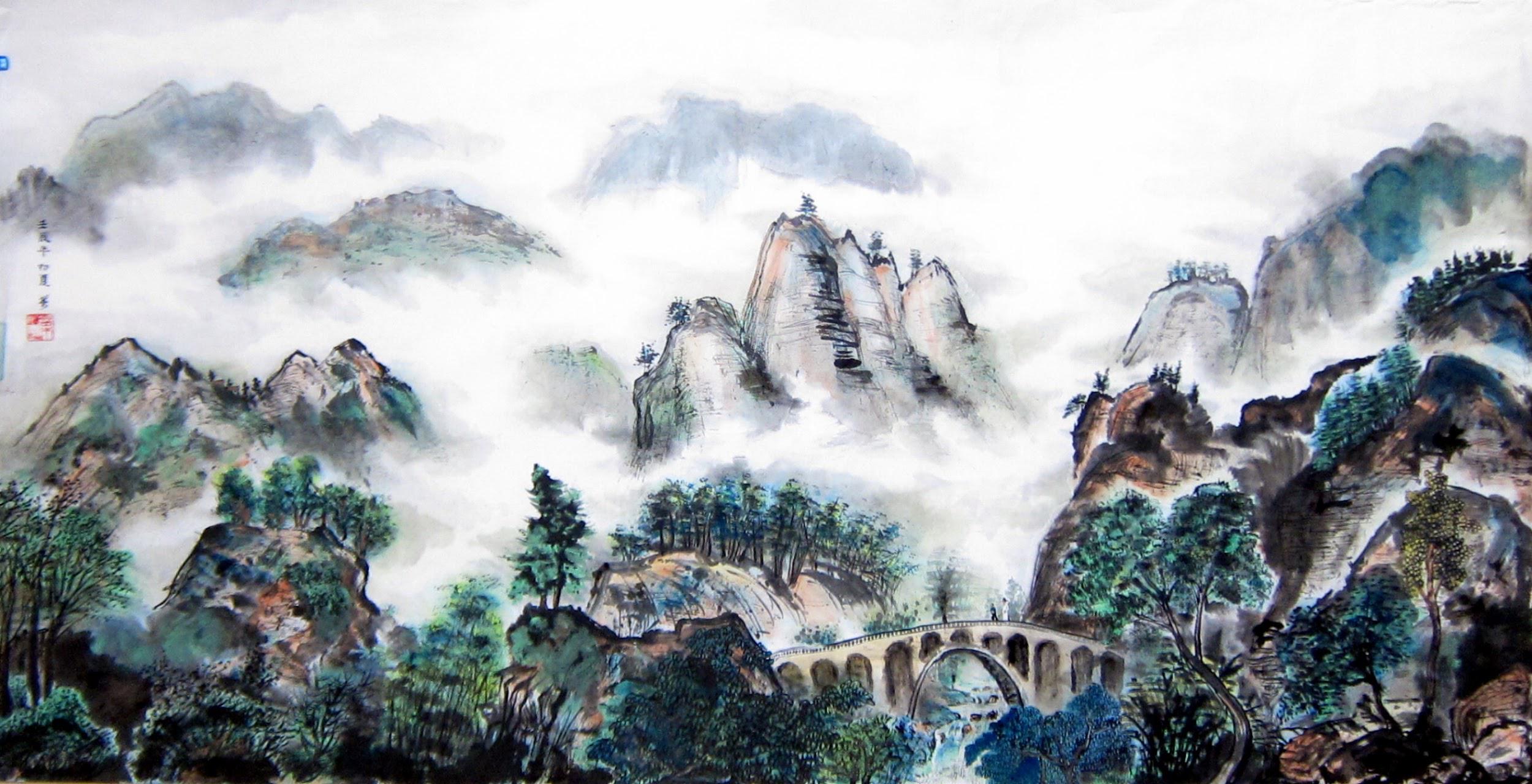 Once upon a time a Chinese lumberjack lost his way in a deep mountain range. His name was Wang Zhi. He lived during the Jin Dynasty sometime around 265CE. Wang was from the Zhejiang province and lived in a woodland hut beneath the shadow of a mountain thought to be inhabited by fairies.

One afternoon he grabbed his trusty axe and set out up the mountain in search of nutmeg trees. He searched and explored for hours. As he went about his way, he ventured deeper and deeper into the mysterious forest.

Realizing the sunlight was fading and feeling his stomach growl for food, he prepared to turn back home for the evening. In this very moment Wang heard an alluring sound whisper from the trees. It was clearly not an animal or bird for Wang was very familiar with all the mountain's wildlife. No, this was a sound carried by the wind, a sound of something dropping very lightly. So Wang explored further.

His curiosity drew him deeper into the mountain forest than he had ever gone before. Wang continued to follow the sound to its end. Finally emerging out of the trees he came upon an opening where he saw two old Taoist monks, seated across from one another, with a weiqi board resting on a rock between them.

The two monks called out for Wang to join them. Realizing it was the ancient board game of GO, Wang excitedly approached the two monks. He set his faithful axe against a tree trunk and took a comfortable seat on the ground next to the two old mysterious monks. 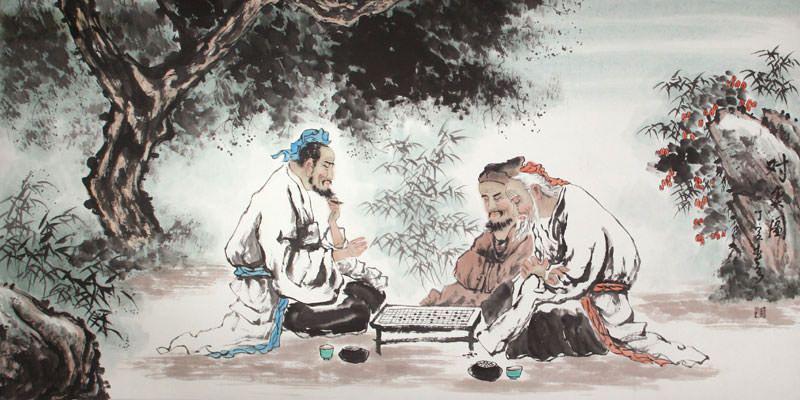 Next to the weiqi board was a delicious bowl of prunes from which the monks had been eating. Sensing his hunger pains afflicting him, Wang grumbled for food. One of the monks graciously offered Wang his fill of the bowl. Wang ate, and immediately he was satiated and relaxed.

As Wang proceeded to observe the monks’ game, he became increasingly amazed by the elegance of every move. Wang had never seen such a game of weiqi in his life! Just as the forest resides by the mountain, the monks resided steadily by, each move taking on a new dimension.

Entranced by the game, Wang recorded every move. He noted both sides started with a “star point opening” and that the game lasted for 150 moves each. Before long, one of the monks pointed at the sunset and asked Wang if he intended to stay forever. Wang jumped up realizing he had lost himself in the game and needed to get back home before nightfall.

Once he reached the location of where his home should be he looked around in confusion. This wasn’t his woodcutters lodge! It was old and decayed and falling apart! Wang called out for any familiar faces living nearby. Though no one there did he recognize. Frustrated and not knowing what to do, Wang sat down next to the trail leading past the dilapidated hut. 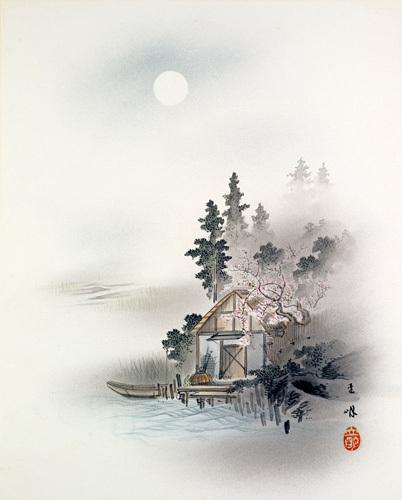 Hearing this surprised Wang! So the old man asked why he wanted to know about the woodcutter’s old hut; exclaiming that it had been over one hundred years since his grandfather went missing. Suddenly Wang remembered the expression: “One day in heaven is equivalent to a hundred years on earth.” Leading him to the only possible conclusion, he had been watching the weiqi game for the last century. The two old monks? Must've been mountain fairies battling it out at the immortal Game of GO!

This is the famous story of Ranka Mountain. There is always a little truth inside every myth. This particular tale has its roots in some historical places. Found in an ancient Chinese GO game record, there is a game called the Ranka Diagram, as witnessed in ‘Wang You Qing Yue Ji’, written by Li Yiming, of the Song Dynasty. Next to the game record a note says “Wang Zhi went up the Ranka Mountain, looking for wood to cut. He ran into a few fairies playing Weiqi.” Very interesting! Also in religious Taoism, Lanke (or Ranka) Mountain, which serves as an abode of immortals, is identified as one of the 72 “blessed places” in taoist tradition. There is a cave on the mountain thought to be the location of Wang Zhi’s legendary game. This cave can still be visited today.

The tale of The Legend of Ranka Mountain has inspired many poems and paintings throughout history. This myth was so powerful that the word ‘Ranka,’ literally meaning “rotted handle,” is commonly used as a poetic stand in for GO. It is retold in many different forms from China to Korea to Japan and now the world. GO has had a powerful and lasting influence on Eastern culture; and with this amount of myth and intrigue, we should all be seeking to find out why.

If you have heard of The Legend of Ranka Mountain, or know another version of the story, please share it with us on our Discord or Subreddit.