The Game of Go: Territory Scoring for Beginners

For example, some territories on the board below made no sense to me whatsoever. Is this the actual score of the game? Should I move exactly where it says? Do GO professionals pay attention to these territories? How does the scoring actually work? This article will answer these questions. 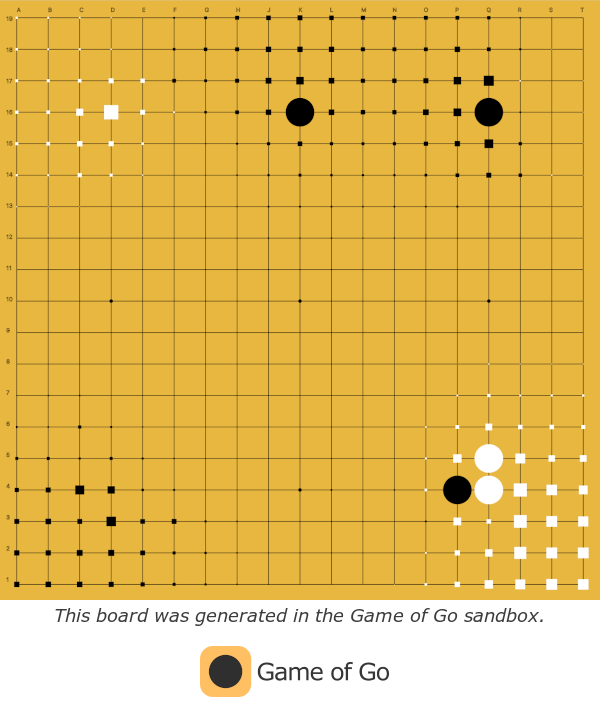 Why Do Both Players Own Territory All the Way Across the Board?

Because these territories are future projections.

These are not actual “ownerships” per se. These dots are future projections and are generated by specialized artificial intelligence (AI) for evaluating Go.

The Game of GO currently uses the top-of-the-line KataGo AI engine for scoring and territory evaluation.

As games continue, territory evaluations make more and more sense. As seen in the images below. 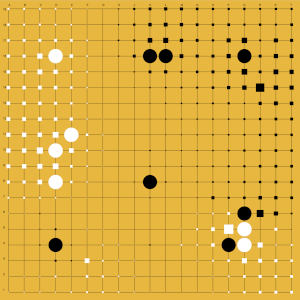 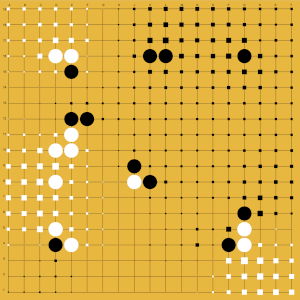 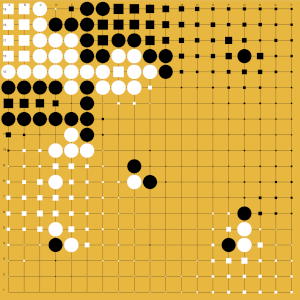 Are GO Territories Always the Actual Score of the Game?

Territories in GO programs like these are given a value between -1 and 1. These are shown by the sizes of the territories above.

If one cross-section (a potential move) has a value of -0.5, then it has a 50% chance of being white territory.

Endgame territory scoring is different from evaluating territories during the middle of a game. At the end of a game, if it is not clear who won both players will count up territories definitively. The only time there is disagreement on who owns a territory is when there are still moves to be played. Therefore, if there is a disagreement then they will continue to play the game.

It is said that GO professionals have an intuitive sense of the board. Who owns which territories does not need to be evaluated by a program for professionals to know where to move.

Territory evaluations as seen in the boards above are a result of artificial intelligence research and the creation of GO programs. When a person sees a cross-section they do not think, “oh, this has a 35% probability of being my opponents territory, therefore I need to place a stone nearby.”

What makes the AI territory scoring fascinating is that the territories seen are a result of analyzing many 1,000s of real and “self-play” AI GO games. This is how predictions for next moves are created, and these predictions help inform the territory evaluations.

Self play in game AI is when the artificial intelligence program will play many games with itself, randomly generating moves at first, and improving move choice over time to eventually be at superhuman skill levels.

Humans have both the sense of intuition, studies on various GO strategies, and experience for determining this without exact number values.

How Does Territory Scoring in the Game of Go work?

Oftentimes games will end with one player resigning. But if both players pass, then the territories are counted.

Take a look at a famous game below between Dang Yifei (black) and Park Junghwan (white). Found on the WBaduk server.

At move 55, the territory evaluation gives black a 70.7% chance of winning. 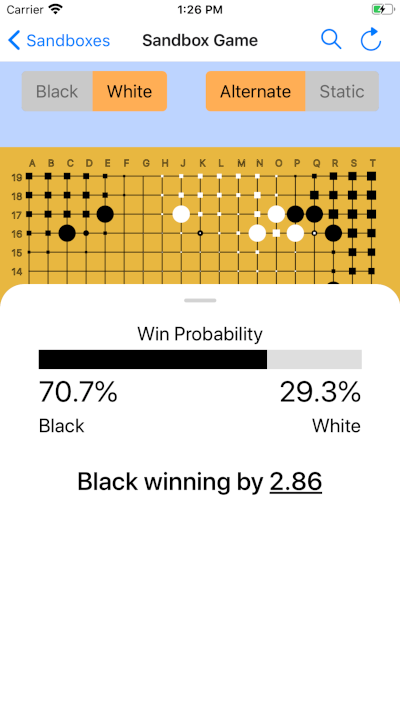 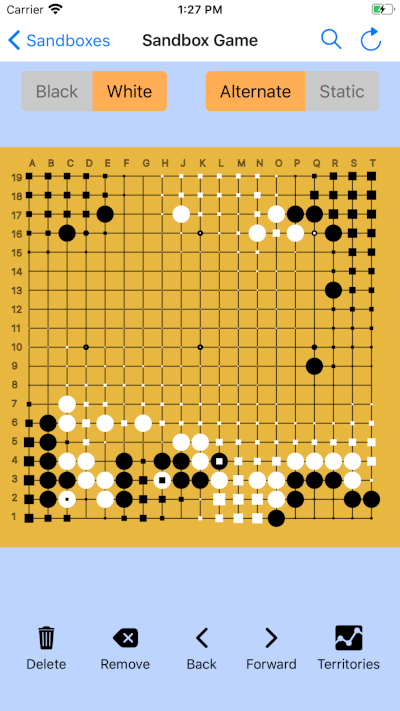 However, by move 168 the evaluation dramatically changes to white having a 97.7% chance of winning. 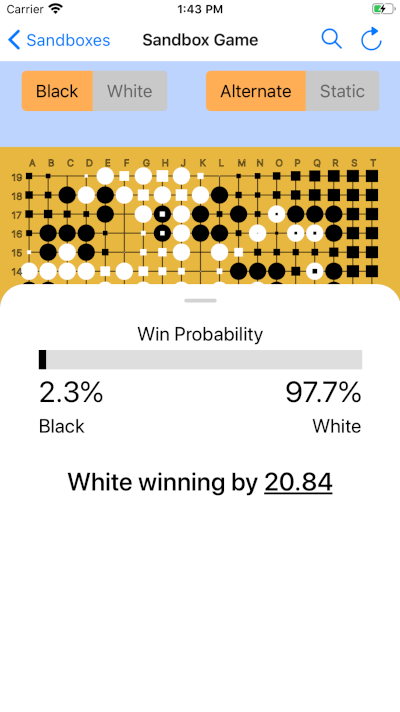 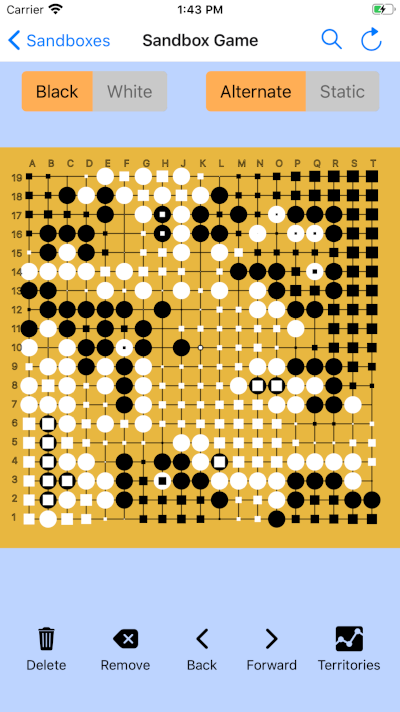 If a play is surrounding an area completely, then they control it. The rule of thumb for scoring territories is: "Is this cross-section certainly controlled by a player?"

Should I Make My Moves Based on the Territories?

The outcome of the game is determined by who controls the most territory. So, yes you certainly need to consider the territories. However, going based on the Go AI territory evaluation may not necessarily result in the best moves.

The end of the game is a result of all the prior moves in the game. Given this, one needs to have some kind of long-term strategy in the game in order to win. If you only move strictly based on the Go AI’s territory evaluation, then your moves may be short sighted. The Go AI might have a perfect plan for playing optimally, but since you do not know that entire plan simply following a few moves from the AI could mislead you.

That being said, territory evaluations is one wonderful way to study the Game of Go. You can try out different moves, evaluate the board, and see if your assumption was correct.

Playing Go AI’s like KataGo on the Game of Go is a great way to improve. But, playing real people might be more fun, because you can chat with the other player. If the other player is better than you then you can ask them questions to improve your game.