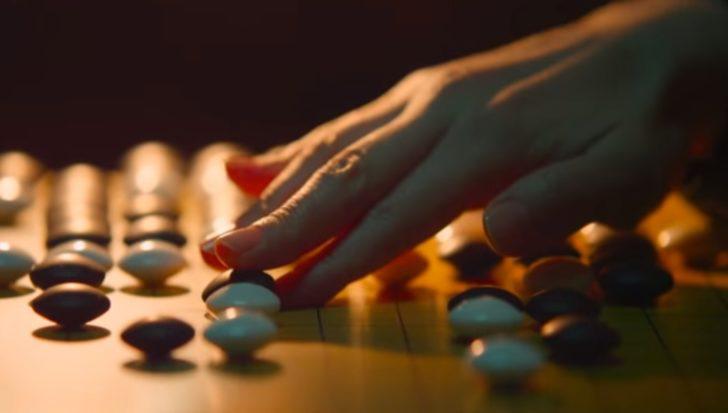 in all those who witness its perfection!

It is said that in every GO player’s lifetime exists one move, a move above all other moves, that can define the entirety of their GO playing career. This highly coveted instance is sought in every single move a player makes. It is thought that, within each play, each move in GO has the potential to manifest this divine utterance. As if whispered in the ear of the GO player’s inspiration, it is called 神の一手 Kami no Itte (pronounced ka-mi no-ee-te), "The Hand of God," for its almost inconceivable perfection; such that only God could make this move.

When learning to play GO, students are taught to remember Kami no itte. For even the most experienced GO player, or the greatest master on Earth, there is always the potential for a better move. Given the inconceivable number of possible GO games in the universe, it is practically guaranteed that there is always a better play unseen. This memory of Kami no itte is intended to instill a sense of humility in the GO students’ mind. Before every move is made the GO student or master pauses, no matter how good they may see their next move to be, and asks themselves “where is the Kami no itte?”

Knowing very well that, not only, in every move of GO, but also every move of life, exists the ever-present likelihood for divine inspiration. The Kami no itte has taken on mythical proportions in Eastern GO culture. Like in each experience of life, each move in GO can open and close doors to our self-perception. Some players search their whole lifetime for that one hand/move to play. But why such an obsession for a potentially once in a lifetime event?

GO is a very ancient game. And like all things ancient, has become embedded into our cultural DNA. Entire philosophies rose and gave way over a game of GO. Wars have been settled, personal disputes, even marriage proposals, have all been established over a game of GO. People dedicate lifetimes of study, not just to master playing a game, but to also unlock deeper secrets of self-revelation and universal wisdom. To master GO, is to master life. But, isn’t it just a game? As is life, a game?

GO calls upon not just our analytical left brain thinking mind, but also our intuitive and creative right brain imagination. GO forces us to look beyond our rational conceptions of reality, to grasp at the ever fleeting instances of an irrational spirit which enlivens the very purpose of our being. To fall in love with a game, is to meet the meaning of life with play and fulfillment.

We find ourselves floating on a rock in an infinite void. What else are we to do with that irrational existence? Awesome as this is, we all still have GO options on Earth. Playing a game, especially a game as vast as GO, allows us an avenue in which to explore ourselves and our reality. Like language, we find meaning in the symbols behind every move of GO. We can use these moves to communicate to our opponent, or to retrieve yet hidden aspects of our subconscious. Our ancient ancestors discovered this relationship between how we choose to play a game of GO and our lives, a very long time ago. On those fateful days when we play a miraculous game, the hand of providence for but a moment in our lives, reaches down to push us that extra step beyond transcendence. This may sound like hyperbole, but upon deeper inspection, one may recognize the significance of an incalculable move against an unbeatable opponent.

Such as the move heard round the world on March 13, 2016. Lee Sedol, 9thDan Master, played move-78 against the unhuman opponent AlphaGO. A move described by many as a “divine move.” This move is thought to have ensured his, and humanities, last victory against AI’s GO dominance. 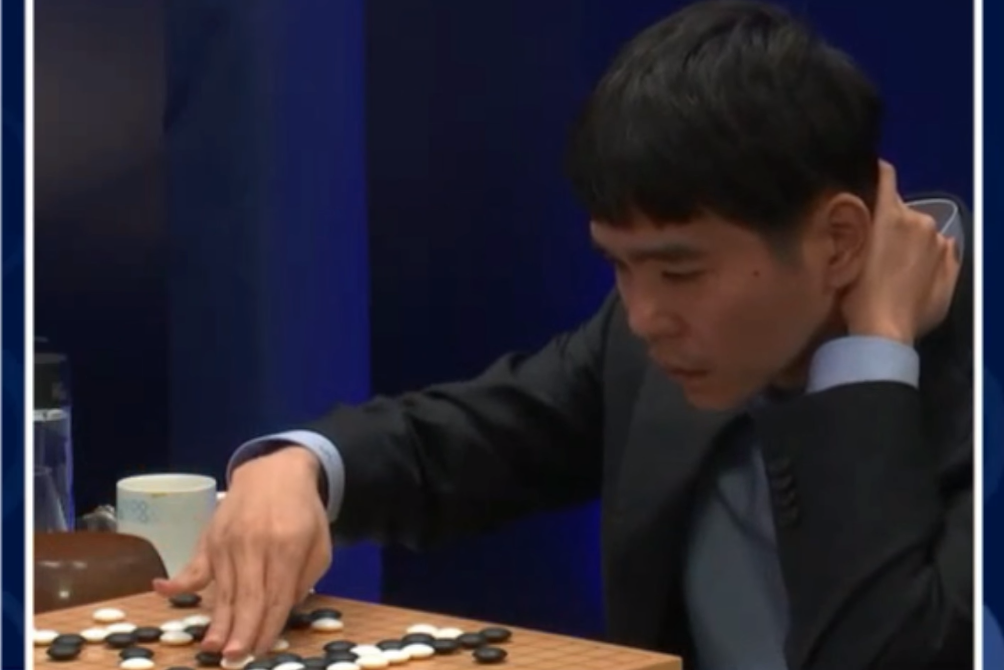 Chinese Master Go player Gu Li 9thDan, rival and friend to Lee Sedol, called move-78 the “hand of God,” and claimed to not even see the move coming. As it would seem neither did AlphaGO. AlphaGO assumed there was a 1 in 10,000 chance for a move of that caliber.

This immortal match between man and machine will be forever remembered. Lee Sedol put up a great fight for humanity, and hidden within move-78 was one of those invaluable plays where for the briefest of moments human-kind transcended our limitations. Imagine the internal struggle Lee Sedol must have faced in that moment, when the muse of the Kami no itte saw that necessary need, to grace his self-realization. Never underestimate the hidden power within us that a game of GO may conjur.

As move-78 stands as a flaming spark of hope for humanity’s existential conflagration with AI in the modern age, a nearly 200 year old example of a “divine move” is famously discussed for what can happen when two very different, but human, opponents battle at GO. This game is known as the "Ear-Reddening Game" for how a very particular move was observed to have brought a ruddy complexion to the ears of a very frustrated master. These, and other historical examples add precedence to the notion that GO will always be able to surprise us.

Tapping into GO’s once in a lifetime divine moves has never been easier for the greater population of Earth than it is today. More people from all over the globe are taking up this most awe-inspiring game than ever before. With information technology growing at an ever rapid pace we have been able to provide more fluid ways to access this ancient GO game. Not only in the development of unbeatable AI opponents, but also in such apps as the Game of GO app which is bringing people together to explore and conquer in the eternal gaming arena of the GO universe.

Waiting for divine inspiration upon every move in GO will keep your game sharp, your mind humble, and your spirit growing. That inspiring move is just one Kami no itte away from a lifetime of fulfillment and joy playing GO!

At the Game of GO App blog you will find everything from product updates to fascinating articles all about Go.