5 Reasons Why You Should be Playing GO! 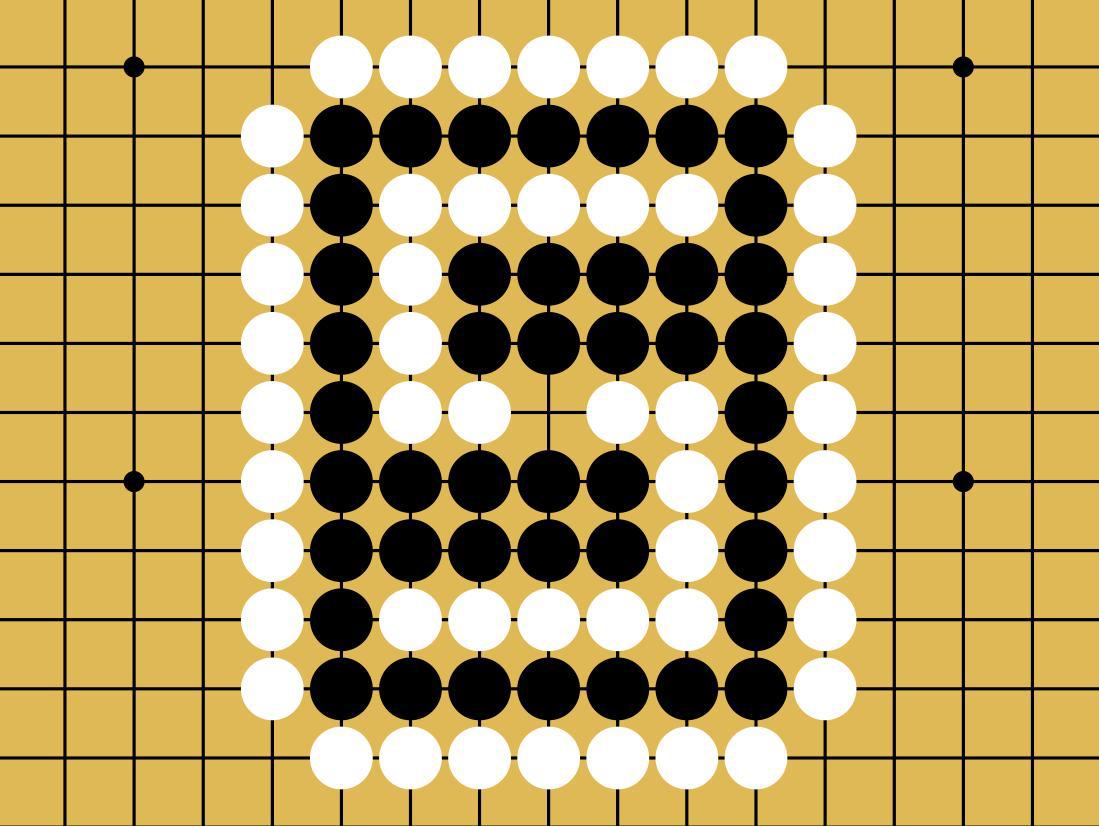 Created in the Game of GO app sandbox builder.

If you’ve ever been fascinated with strategy then you’ll love GO! If you love how mathematics is the language of the Universe then you’ll hear it in GO! If your brain is important to you then GO will be too! And, if you like being connected to something very big and very ancient that never gets boring, then you’ll Love the immortal board game of GO!

For longer than history remembers, humanity has sought to create ways to expand our experience of life. One of our oldest attempts at this was with the game of GO. For thousands of years GO has played a constructive role in human lives. Billions of our ancestors played this game! Here are just five of the endless reasons why you should too:

1. GO is One of the Oldest Strategy Games on Earth! 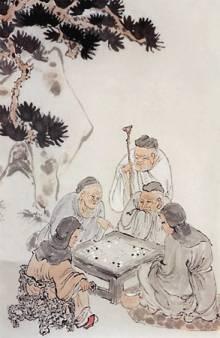 As mentioned above, GO is OLD! Like possibly the oldest living board game in the world old! Living, because since its inception 3000 years ago we’ve never stopped playing. It has kept our fascination alive and strong with every new generation. Part of the reason for this fascination is in how it challenges us to think strategically. Not only are we required to think logically but we must also utilize our creative and intuitive skills to master it. This spectrum of challenges stimulates our mind’s curiosity to keep coming back time after time.

So much has been read into GO, that much of our world's history has been marked by its subtle residing presence. GO has stood as a test of time to measure our philosophy, military strategy, political theory, and even our relationships. Sometimes it is just a game to place a bet on, and other times it is the deciding factor to mortal combat. For centuries upon millennia scholars have studied GO for insights. But the only true way to probe the depths of GO is to Play it. Today we explore GO’s depths not just as ourselves, but we also probe GO with Artificial Intelligence machine algorithms.

Our machines have played more games of GO than we possibly could; even after playing GO trillions of times over thousands of years. We use the machine algorithms to uncover ever greater depths to the layers of GO. Amazing that after all this time we not only are still obsessed with this game, but it is still guiding our future behind the scenes. GO resonants strongly between our past wisdom and our future hopes. We used GO to help train ourselves, now we use GO to train AI.

GO is a game with very simple rules. Stones are placed on intersections creating chains to occupy territory. The stones stay alive as long as they have a liberty, or open intersection, directly adjacent to them. Stones die or are captured when all adjacent liberties become occupied by their opponent’s stones. That's it! Those are the basic rules to GO. These simple rules however allow for GO to create vast amounts of complexity. On a 19x19 grid board the amount of complexity (361!) can become mind boggling, even for Google!

Mentioned often in reference to GO’s vast complexity is how the number of legal moves far out counts the number of atoms in the universe. The nuanced intricacies of GO allow for virtually infinite potentialities to form. Because of the sheer magnitude found in GO it has encouraged mathematicians, game theorists, and computer scientists to study it further. It is completely probable that an exact game of GO will never be organically played twice during the lifetime of our universe.

Just like broccoli, GO is brain food! It doesn’t take a genius to realize that playing complex strategy games like GO is a good brain exercise, but it might make someone a genius if they play GO regularly. Apparently, according to avid GO players and some neurologists, playing GO activates the left and right brain, requiring both logical spatial reasoning and intuitive higher decision making skills. It has also been shown in some Chinese studies that GO can help with recovery after a stroke. Additionally it is theorized that a lifetime of GO playing can help prevent various degenerative brain disorders. If you don’t use it, you lose it.

Beyond just the brain, playing GO can also help the mind as a whole. Many have expressed how GO helped them focus and communicate better with others. Bringing the right and left brain together syncs the areas of the brain responsible for communication and emotional intelligence with the logical side of our brain. Some studies have shown that during depression these brain centers experience lower activity. Playing GO can stimulate life back into these brain centers. GO can literally make you a happier and better communicator.

4. GO is One of the Most Widely Played Games of All Time! 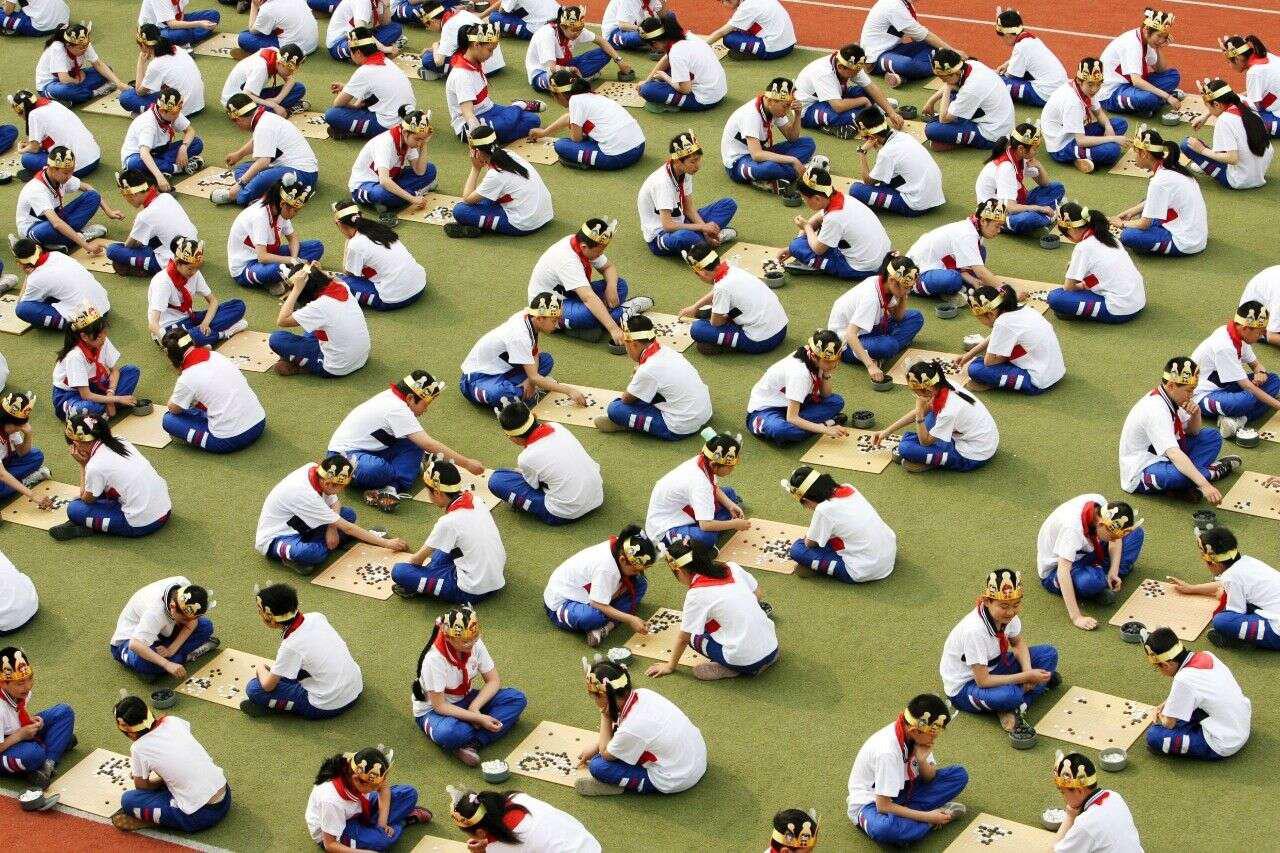 Students playing "GO", known as "Weiqi" in Chinese, at a primary school in Suzhou, Jiangsu province, China. During a competition to mark the 100-day countdown to the opening of the 2008 Beijing Olympics. (source; REUTERS/China Daily)

Not only did billions and billions of our ancestors play GO, but close to a billion people are playing GO right now! True, most of them are in China, Korea, and Japan. Nonetheless GO is spreading fast to the rest of the world. Given the historical success of GO it is likely that the whole world will soon be playing GO as much as Russians play chess. GO is rapidly spreading in the West. Since the advent of the internet, exposure to GO has been increasing exponentially. New generations of GO players are coming online every hour.

Never before has the community of GO players been so strong. What used to be a niche game in the West is quickly becoming a household boardgame necessity, next to the likes of chess, checkers, or even monopoly. This growing dedicated community (Discord & subreddit) of GO players are creating a new culture of gaming in the West. Today's technology has made available to us new options to find other GO players. With the fast growing community of GO players and technology at our fingertips, the GO scarcity in the West is coming to an end. As GO’s popularity soars it is projected that tens of millions of Americans will pick up GO playing very soon.

5. GO delivers a Lifetime of Fulfillment! 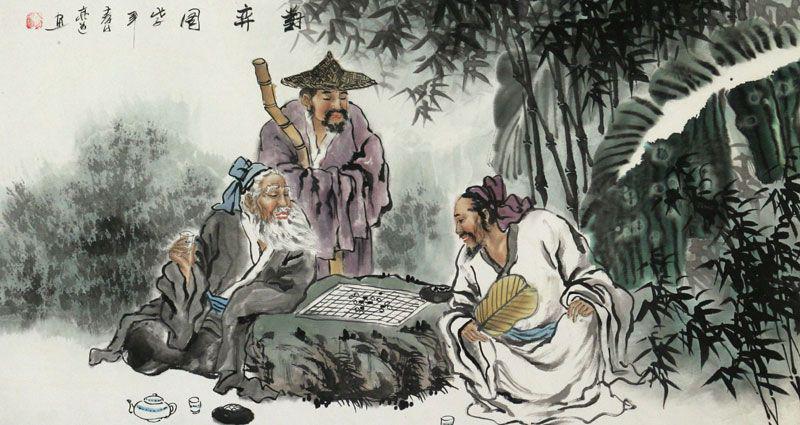 What you put in, you get out! GO is a game that is constantly bringing surprises. Once we think we know what's going on, GO shows us something we’ve never seen before. GO reaches to meet us at our level! Just as much fulfillment can come from the thousandth game played as the first game played. Actually GO is widely known to not reveal all its secrets at once. As we play GO, our appreciation grows along with it. Playing GO is rewarding from beginning to end.

Though the rules are simple, with every level of experience the game expands in its strategic dynamics. As we become more skilled at GO the challenges become more difficult. GO lacks the linear game play of many strategic games. When we match our skill with a comparable opponent the qualitative nature of the game shifts to meet our level. This ever dynamic nature of GO has kept it intriguing since time immemorial. Even with our best Artificial Intelligence computers, we still haven't found the limits of GO.

In conclusion, you should be playing GO! One of the oldest games in history is still influencing how we think, and helping build our future. With its complexity buried in simple rules, we are able to use GO to explore game theory, math, computer science, strategy and so much more! Not to mention how GO can make you smarter, happier, and more interesting to be around! GO is the much needed gym equipment for our brain and mind. So pump it up! With apps like Game of GO there’s plenty of people to play and it has never been easier to find them. If you get into playing GO, it will bring you joy and novel fulfilling challenges for a lifetime.

Remember, GO will dynamically meet you on your level!
Now, will You meet GO!? 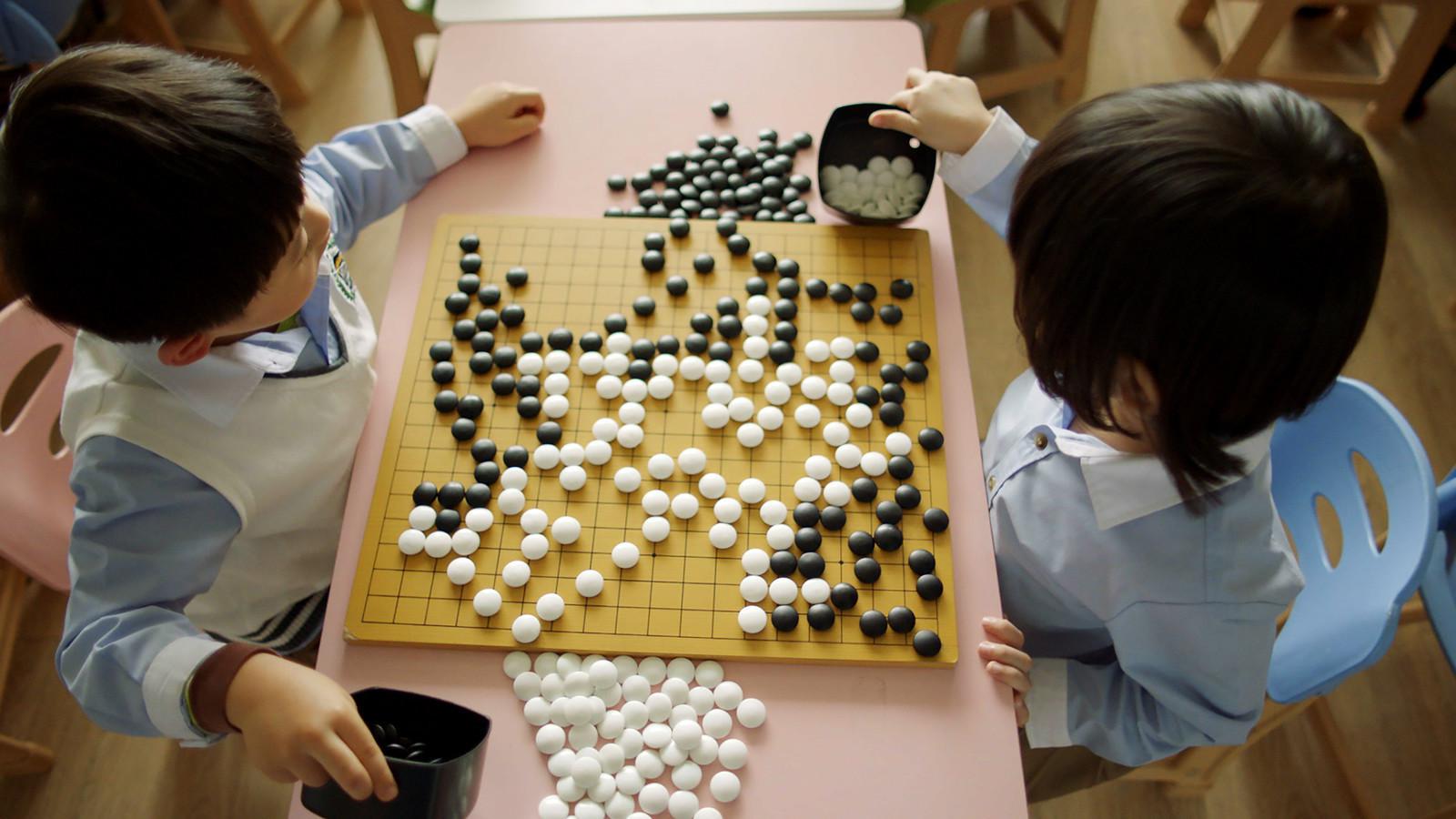